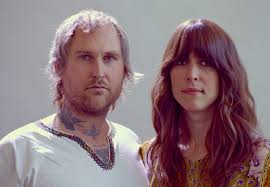 Here’s the lists:
That’s three weeks at the top of the College Radio Album Chart for King Tuff.  We’ve reached that time of the year where new releases are hard to come by.  However, three new albums join the countdown; including the latest from Aaron Jerome’s musical project SBTRTK, Temple University student Alex G, and the Madison, Wisconsin huband-wife duo Peaking Lights (pictured). KASABIAN’s fifth studio album 48:13 remains at #1 on my Spicy Album Charts, but the full-length debut from HAERTS is also in heavy rotation.  When was the last time you listened to “2X4″ by Guadalcanal Diary? 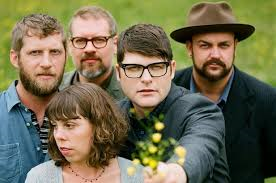 The Decemberists this week revealed that their seventh studio album entitled What A Terrible World, What A Beautiful World will be in record stores on January 20.  This is the follow-up to the 2011 album The King Is Dead for the pride and joy of Portland, Oregon.  The new album’s title, which I will refer to as WATWWABW, was inspired by the Newtown, Connecticut school shootings in December 2012.

The first songs were highly personal, a change from the strong narrative thrust that has characterized much of The Decemberists’ work. “Having a family, having kids, having this career, getting older – all of these things have made me look more inward,” says Meloy.

These reflections come to the foreground in “12/17/12,” a song he wrote after watching President Obama address the nation following the Newtown school shootings. “I was hit by a sense of helplessness, but also the message of ’Hold your family close,’” recalls Meloy. This bewildering, conflicted feeling came out in a phrase near the end of the song – “what a terrible world, what a beautiful world”—that gave the album its title.

To accompany the announcement, the indie folk rockers shared the track “Make You Better’ (listen below), along with a string of European tour dates that begin on February 11 and conclude on March 1.  I’m sure you can already see where I’m going with this.  The Decemberists are a band that I’ve never seen play live after all these years, and I can’t think of anything better than a spot on line 2 at next April’s Coachella Music Festival.  One day when I have more time, I will countdown my top bands that I’ve never seen live, spoiler alert – The Decemberists will be near the top.  Add The Decemberists to my 2015 Coachella Perfect Poster Wish List.

What A Terrible World, What A Beautiful World trackllist:

Get your day off to a good start and listen to “Make You Better” here: 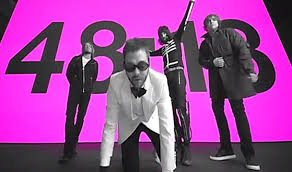 No sooner than KASABIAN posted the video for the track “Stevie,” the Leicester lads unveiled a video for “Bow.”  The tune “Bow” is currently my fave tune on the band’s latest release 48:13.  Unfortunately, the band didn’t include it in the set when I saw them last month at the House Of Blues in San Diego.

In other KASABIAN news, Tom and Co. announced that they will release a deluxe edition of their highly-regarded (at least on this blog) fifth studio album 48:13 on November 17, in the U.K of course.  Perhaps, the band will be bringing the deluxe edition with them when they arrive back in the States in April for the 2015 Coachella Festival.  I’m officially adding KASABIAN to my 2015 Coachella Perfect Poster Wish List.

The deluxe edition will include the 48:13 album along with two B-sides, “Beans” and “Gelfing.”  The package also includes a DVD/CD of the group’s hometown gig at Leicester’s Victoria Park, attended by 50,000 of the band’s closest friends.  Additionally, KASABIAN will rerelease their four previous albums on vinyl on November 17. 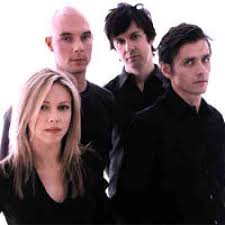 After nearly ten years away , the indie dream-pop band Luna announced that they are reuniting.  The band that was formed by former Galaxie 500 frontman Dean Wareham back in 1991, confirmed the reunion with an announcement of a string of April 2015 dates in Spain.

Wareham said  “we’ve been talking about it for a little while, it’s been 10 years since the last show.  We got this offer from a promoter in Spain to do a short tour, and it sounded like fun.”  What sounds like fun to me is if they would have talked to Goldenvoice and reunited on the Outdoor stage at roughly 7:15 pm at the 2 Weekend Coachella Festival next April.  Instead, they plan is to do a short U.S. tour that will include, as Wareham adds, “fun places like New York, Chicago, San Francisco, and Los Angeles” post Spain. Those aren’t fun places, a fun place would be in my backyard.

The band released seven studio albums over a 15 year career, most notably, 1994′s Bewitched, and the 1995 release Penthouse.  The group’s current lineup consists of Wareham and his wife Britta Phillips, along with Sean Eden and Lee Wall.  I always make sure I let everyone know that the original Luna Lineup included drummer Stanley Demeski of one of my fave indie bands of all-time, The Feelies.

See you in Los Angeles next spring.

Reacquaint yourself with Luna below:

The following album dropped today and is available in your local trendy record store or on digital download.

This is the twelfth studio album from the noisy San Francisco trio.  Deerhoof keeps the Deer vs. Beach band name game close.  Yeah, I said twelfth, if you don’t believe me look it up.

Watch the video for “Exit Only” here:

Here’s the lists:
Apparently, during the CMJ Music Marathon the charts are put on hold.   For a second week in a row, the latest effort from King Tuff is the #1 album on the College Radio Album Chart.  Five albums make their debut in the Top 20 this week.  The first belongs to the New Orleans indie rockers Generationals, their fourth studio album “Alix” comes in at #20.  Nika Roza Danilovahuge, better known as Zola Jesus (pictured), debuts at #16 with her latest “Taiga.”  The other three debuts belong to Broods, The Budos Band, and the Portland, Oregon duo Wampire.  Hey, when was the last time you listened to the abum “Laid” by James?   “Sometimes” is a fun song!  KASABIAN is still not only #1 on my chart, but also #1 in my heart. 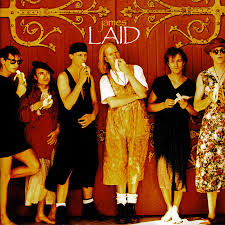 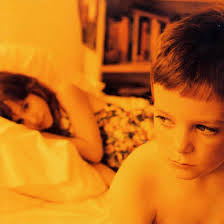 2014 has been a good year for Cincinnati, Ohio’s pride and joy, The Afghan Whigs.  So far we’ve seen the release of the very solid comeback album “Do To The Beast,” and now the reissue of the group’s fourth studio “Gentlemen” from 1993.

21st birthday parties are always fun!  The “Gentlemen” reissue includes the remastered album on one compact disc; and fun shit like 17 demos, B-sides, and live performances, many of which are unreleased on the other CD minus R.

I like The Afghan Whigs, and I could care less whether any of my readers care for them.  Before you run out and pick up a physical copy of the “Gentlemen” reissue, check out the band’s video for the track “Lost In The Woods’ off their latest effort “Do To The Beast.”

Watch “Lost In The Woods” here: