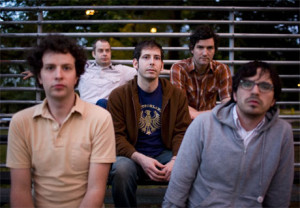 Before the ink from the sharpie had a chance to dry on the recently released Indie 2004, DJ Deep was back at it again.  The mixtape making extraordinaire released his monthly indie selections, albeit five days late.

This month’s tape sees the return of indie buzzbands such as Metz, OMNI, Fear Of Men, The Notwist, and Illuminati Hotties.  There’s heritage representation from Elvis Costello, Throwing Muses, Bob Mould, Hum, and the freaking Go-Go’s.

If you’re the type of individual that enjoys fun facts, there’s acts that appear on both the Indie 2004 and the July 2020 mix including Secret Machines, The Strokes, The Go Team!, Annie, Travis, The Radio Dept, and !!!.

In case you missed it, a few members of the Northern California post-punk act Ceremony recently formed a new band called SPICE.  Their self-titled debut appeared on July 17 via Dais Records.  I highly recommend checking them out when you have some time.

Before I reveal everyone on the July 2020 mixtape, check it out for yourself on Spoify.