Here are the Indie Bands scheduled to perform on late night television for the week of June 27, 2016.  Check the Indie On TV Alert page to view previous week’s performances.

Thursday = We Are Scientists

Here are the Indie Bands scheduled to perform on late night television for the week of June 20, 2016.  Check the Indie On TV Alert page to view previous week’s performances.

Here are the Indie Bands scheduled to perform on late night television for the week of June 13, 2016.  Check the Indie On TV Alert page to view previous week’s performances.

After a two year absence from the Make Music Pasadena Music Festival, GoINDEEpMusic will reappear there today. 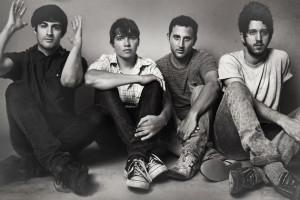 I’m most looking forward to checking out the Brooklyn indie band Small Black today.  The band is playing Playhouse District Stage at 4:30.  I’ve always said, Small Black is a hugely underrated indie act and the best act to emerge from the chillwave genre, sorry Washed Out.

Other acts I will try to check out include Annuals, PAPA, and Atlas Genius.

Enjoy some Small Black below: 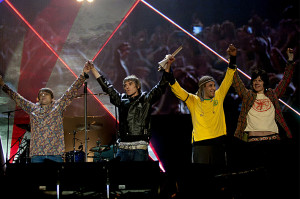 New music from The Stone Roses keeps on coming!  The band unveiled its latest single “Beautiful Thing” early Friday morning.  It’s the second song to surface from the band in the last month and first form of new music in over twenty years.

The new tune follows the group’s two live performances in over three years, Tuesday at Halifax Victoria Theatre and Wednesday at Carlisle Sands Centre.  Prior to Tuesday’s show, Reni revealed that the band had 100% recorded more new music other than the first single “All For One,” and it sounds beautiful, get it, “Beautiful Thing.”

The band’s setlist this week looks very similar to the reunion shows from a few years back, however, the band reintroduced “Sally Cinnamon” and “Mersey Paradise” to their set on Wednesday, as well as “Begging You” and the first-ever live performance of “All For One” on Tuesday.  Revisit “All For One” right here.

Rumors have surfaced over a possible secret gig this weekend.

All of this precedes a four night residency Manchester’s Etihad Stadium next week.

Enjoy all seven minutes of “Beautiful Thing” below:

Band Of Horses Why Are You Ok?

The Temper Trap Thick As Thieves

Coachella made it official and announced the dates for the 2017 Music Festival today.  Weekend 1 will be held April 14-16 over Easter Weekend, while Weekend 2 goes off the following weekend, April 21-23.

Advanced tickets go on sale Wednesday, June 8th at 11:00 a.m. PDT. General admission passes are priced at $399, while VIP passes go for $899.  The June 8th pre-sale will be the only time payment plans will be available.

Word is the festival is no longer using Front Gate Tickets to handle ticket sales and has changed over to the same broker that handled the Desert Trip fiasco.

Good luck to all.

Here are the Indie Bands scheduled to perform on late night television for the week of June 6, 2016.  Check the Indie On TV Alert page to view previous week’s performances.

The Strokes Future Present Past (EP)

Whitney Light Upon The Lake

Well, the blog has been up and running for 3 years.

Moving forward, the site will continue to post New Indie Releases, Indie Bands On Late Night Television, Monthly Mixtapes, and Coachella related stories.  That’s about all I have time for these days.

Occasionally, I’ll mix in some news about Heritage Acts, whether you like it or not.  You can always count on the year end lists as well.

Maybe this is the year I connect the site with social media, but probably not.