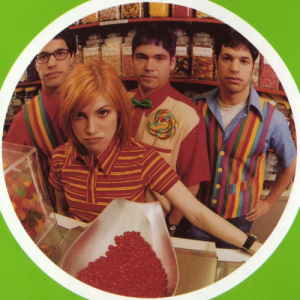 The band was known for it’s driving punk pop sound, but better remembered for their band name. Eve’s Plum was named after actress Eve Plumb, best known for her role as Jan Brady on the 70’s hit show The Brady Bunch.
END_OF_DOCUMENT_TOKEN_TO_BE_REPLACED 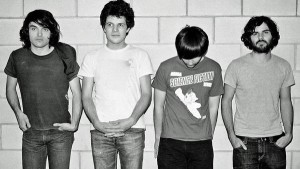 The Spanish indie dance rock band Delorean have shared another singleoff their forthcoming LP Apar. The new album is expected to drop
on September 10. The latest single titled “Destitute Time” features Glasser on backing vocals (check out the video below). Earlier this summer we featured the Barcelona based band’s first single off of Apar, “spirit” here.

Brooklyn, NY based indie rockers The National have released a crazy-fun video for the track “Graceless.” The video showcases fun activities such as slip and slides, potato guns, bounce houses, beer drinking, riding bikes into swimming pools, and hitting beer cans with a baseball bats. How Fun! Apparently, the band suffered a few minor injuries during the filming of this event. The tune “Graceless” is off the band’s latest album Trouble Will Find Me, which was released back on May 20.

END_OF_DOCUMENT_TOKEN_TO_BE_REPLACED

San Francisco indie rock duo The Dodos have release their fifth studio album Carrier. The first single off the album is “Confidence.”
END_OF_DOCUMENT_TOKEN_TO_BE_REPLACED

The Replacements historic reunion show that was played Sunday night at Riot Fest in Toronto is available to stream and download.

The fine folks at Slicing Up Eyeballs have made the show available for streaming here: 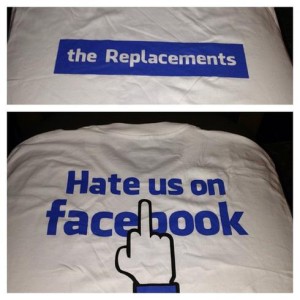 Shortly after The Replacements first show in 22 years ended last night, the performances of “Favorite Thing” and “Color Me Impressed” surfaced. Today five more songs from the Mats 23 song set are available to enjoy.
END_OF_DOCUMENT_TOKEN_TO_BE_REPLACED 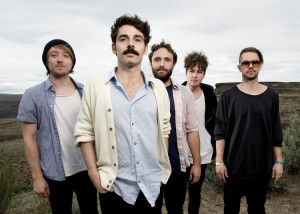 GoINDEEpMusic will be out in full force at the Marquee Theater in Tempe, Arizona on Sunday September 15, for an evening with Local Natives. The indie rockers from Silver Lake, California will be touring in support of their latest album Hummingbird. The opening slot belongs to Wild Nothing, the dream rockers from Blacksburg, Virginia.

Local Natives and Wild Nothing, what a treat!

I can’t wait to hear about all of the fun activities planned for the weekend! Maybe… there will even be a website launch party… just sayin’.

END_OF_DOCUMENT_TOKEN_TO_BE_REPLACED 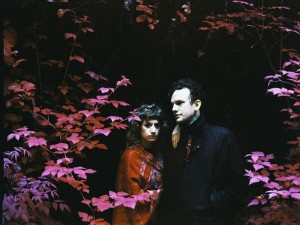 The Portland, Oregon based indie pop duo of Daniel Hindman (guitar) and Sarah Versprille (keyboards) have been the talk of the town since moving to the Pacific Northwest from NYC in 2011. Their 80’s soft rock sound has been compared to Fleetwood Mac and Cocteau Twins.

The name Pure Bathing Culture was chosen from the Switzerland spa Therme Vals Spa. Hindman explains, “The final session of the day is called ‘pure bathing culture’ (in English). It took place at night and you waded through a series of pools and no one was allowed to talk,” says Hinderman. “I liked the combination of the three words together and what it sort of implied. When you research it, these really beautiful images of bath houses and women and children bathing in the Ganges come up and it sort of opened this whole idea of rebirth and spiritual cleansing and transforming. It totally refueled the project and kind of functioned as a muse for us.”
END_OF_DOCUMENT_TOKEN_TO_BE_REPLACED

The reunited Replacements took to the stage for their first show since 1991 tonight in Toronto. The historic event happened earlier this evening in the headline spot at Riot Fest. Paul Westerberg and Tommy Stinson recently chose Josh Freese and David Minehan as touring members for their three Riot Fest dates. The fine folks at Slicingupeyeballs.com have been following the event minute by minute… check out all the coverage at the link below. Looks like the band had some fun t-shirts made for the event. The Replacements next show is September 15 in Chicago.

Follow the non-stop coverage at Slicing Up Eyeballs.
END_OF_DOCUMENT_TOKEN_TO_BE_REPLACED 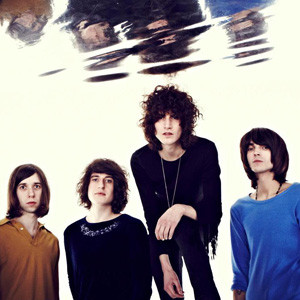 U.K. buzzband Temples have shared a video for their latest single “Keep In The Dark.” The neo-psychedelic four piece have had the indie world wondering for months when we’ll be graced with their debut full-length. Unfortunately, the news isn’t good, look for the LP to drop… not until sometime in early 2014. Therefore, I have included two other singles the band shared earlier this year, “Shelter Song” and “Colours To Life” for your viewing pleasure. Temples recently announced a brief North American east coast tour scheduled for November. One can only wonder if the band is waiting to tour the west coast in April 2014. Enjoy!
END_OF_DOCUMENT_TOKEN_TO_BE_REPLACED 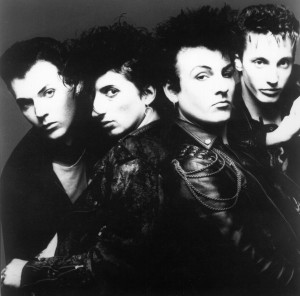 In 1980 Rocco Baker was in the band Wasted Youth, a New York Dolls/ Stooges influenced project. The band was short-lived, only releasing one LP and a handful of singles. After disbanding Baker hooked up with Marsh, Bishop, and Mitchell and launched Flesh For LuLu. The band’s name is derived from the title of a cult horror movie. 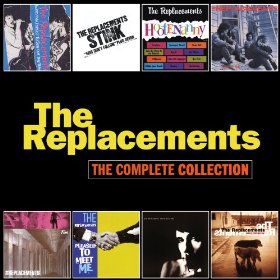 This week Rhino Records released a “digital box set” of all seven Replacements studio albums and also included the EP Stink. For the reasonable price of $56.49 you can digitally own all 95 proper Mats tunes. Personally, I would rather own the physical copies (which I do…of course). The reunited Mats will perform this coming Sunday at Riot Fest in Toronto.

The 4 hours, 27 minutes, and 12 seconds of listening fun includes:

I have a bundle of new music for you this week. Enjoy!

San Diego, California’s pride and joy….. no, not Phillip Rivers… it’s Crocodiles. The noise-pop band returns with their follow-up to the brilliant 2012 release Endless Flowers. The track “cockroach” surfaced a few months back.

No Age “An Object”

The lo-fi duo of Dean Spunt and Randy Randall have dropped their fourth full-length album titled An Object. On Monday the Los Angeles based project shared the video for “An Impression” via Spin Magazine.

Mauro Remeddi, the Italian composer who uses the moniker Porcelain Raft, has released his sophomore effort Permanent Signal. The second single from the new album is “The Way Out.”

Check out the video for “The Way Out” here:

The much-anticipated debut release from the Portland duo of Sarah Versprille and Daniel Hindman is finally here! The tune “Pendulum” surfaced a few months ago.

The Toronto based indie rock band Still Life Still are releasing their follow-up to the 2009 album Girls Come Too. The first single from the new album is “In Enemies.”

Check the video for “In Enemies” here:

Check out the video “Me & You & Jackie Mittoo” here:

Travis “Where You Stand”

The post-Britpop band from Glasgow, Scotland are releasing their seventh studio album overall. Where You Stand is their first album since 2008.

Check out the video for the track “Moving” here:

Zola Jesus is the moniker for Nika Roza Danilova. The Madison, Wisconsin experimental-electronic-goth project is releasing her third studio album.

Check out the video for “Seekir” here:

Here’s your Indie on TV alert for the Week of 8/19/13. Remember you can watch previous week’s performances in the Indie on TV page.
END_OF_DOCUMENT_TOKEN_TO_BE_REPLACED