The band was known for it’s driving punk pop sound, but better remembered for their band name. Eve’s Plum was named after actress Eve Plumb, best known for her role as Jan Brady on the 70′s hit show The Brady Bunch. 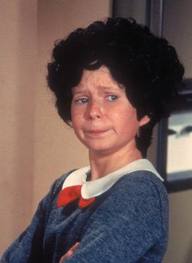 The debut studio album Envy was released in 1993 and produced three singles. The first single “Blue” received heavy play at MTV as it was featured in the show Beavis and Butthead. The second single was “Die Like Someone” and the third was the 90′s alternative rock classic “I Want It All.”

In 1995 Eve’s Plum released their second and final album Cherry Alive. The sophomore effort had four tracks from the album released as singles, most notably “Jesus Loves You (Not As Much As I Do)”. Also in 1995, the band recorded the song “Eye” for the film Higher Learning. As a bonus the band appeared in the movie and performed the song.

After disbanding in 1998 frontwoman Colleen Fitzpatrick went on to enjoy commercial success performing under the moniker Vitamin C. Giammalvo, who left the band in 1994, went on to join the indie band Madder Rose.

For a band best known for its Jan Brady name, and being considered a ‘one hit wonder’ ….. that one hit, “I Want It All” sure was a bad ass tune. BTW “I Want It All” turns 20 next year.

Watch and Enjoy! “I Want It All” here:

Check out the video for “Blue” here:

Check out the video for “Eye” here: