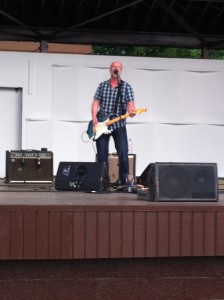 Fresh off of playing some U.K. dates and Spain’s Primavera Sound Festival last month, Bob Mould is back in the U.S. to continue his Silver Age Tour. Bob kicked off the tour Sunday night by playing a solo electric show in Pittsburgh’s Hartwood Acres as part of the Allegheny County Summer Concert Series.

Playing without his the rest of his band, Jon Wurster (Superchunk and The Mountain Goats) and Jason Narducy (Telekinesis), Bob and his strat performed an unique solo set that sounded like the band was behind him the entire time. 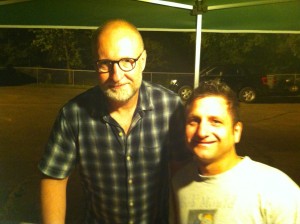 Without a roadie, Bob spent most of the night coiled up in his cords. The set closed with the classic “Makes No Sense At All” before the congenial former lead singer and guitarist of Husker Du packed up his own gear.

The tour continues on June 15th with a sold out show in Minneapolis.

Special thanks to the Pittsburgh Deepsters on hand for the updates and the photos.