Ms. Alexandra Lawn’s former band Ra Ra Riot have released a video for the track “Binary Mind.” The Lawn-less Syracuse, NY five piece, have released a steady flow of singles off their latest LP Beta Love, which dropped back on January 22. Earlier this year the band released the singles “Dance With Me” and “When I Dream.” In February 2012 the band’s cellist Ali Lawn announced her departure from Ra Ra Riot. The news has been hard on fans of the band, indie pop, and cello enthusiasts.

In case you missed it watch “Dance With Me” here: 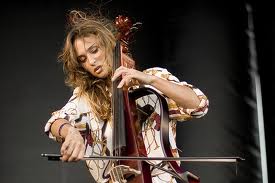