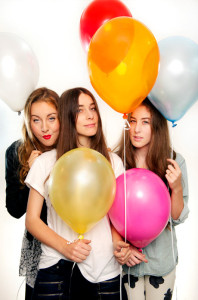 The HAIM sisters announced yesterday that they will bringing their indie-pop to the 2014 Coachella Festival. The band took a slightly similar approach to the one Arcade Fire used only days before, by announcing their appearance on their world tour dates (see below). The one difference in the ladies announcement is an attempt to trick the trained eye by sneaking in Las Vegas, NV. on April 17. The ‘”we hope you forget about Coachella because were playing other show around Coachella” tactic never works. My guess in line 3.

Don’t miss HAIM this week on Saturday Night Live. SNL must be on location in Germany this week…

In other Coachella news:
An alleged leak in OutKast camp has the duo reuniting at the 2014 Festival. One of the things this Festival does well is keeping things quiet until at least January. I can’t imagine an act revealing an appearance so far in advance. Writing it for “pretend” on their tour dates, yes, but talking about it openly in November… ain’t buying it. I could be wrong.

BTW, everyone knows that the most successful duo of all time is not Andre 3000 and Big Boi, its Hall and Freaking Oates.

The Arcade Fire announced that there will be a strict “fancy” dress code enforced on their forthcoming Reflektor tour.

Check out some of the many affordable options available to you at The Men’s Warehouse in Indio, California. Prices start out as low as a nights stay at the 6.
Look right here:
http://tuxedo.menswearhouse.com/occasionSpecial.do

I will begin tracking the official poster on the All Things Coachella.