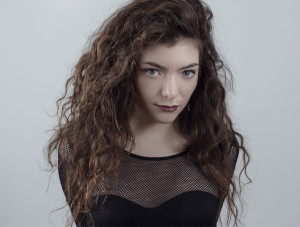 Ella Yelich O’Connor is a New Zealand based pop star that was born on the world wide web in November of 2012. Under the moniker Lorde, the perpetual 16 year-old has become an international pop star, overnight.

By the power of the EP The Love Club, Ms. O’Connor virally began to take over the world immediately. Originally posted on Soundcloud and available as a free download in late 2012, the EP grabbed the music world’s attention instantaneously (if that’s the music world you live in). After a brilliant move by the record label to “just get the music out there, and worry about the money later,” the suits changed their tune soon after the 60,000th free copy of it came down. Eventually, the extended play was officially released for business purposes digitally in March 2013, and physically in May. Included on the EP was the international #1 hit song “Royals.”

In September 2013 she released her acclaimed full-length debut Pure Heroine. The extended version of the album includes all the tunes from The Love Club EP, and most-notably a cover of The Replacements “Swinging Party.” I wonder if Paul Westerberg will join her on stage for that one? Watch Lorde perform “Swinging Party” below.

The young lady chose the feminine version of the name Lord by simply adding an E. Who knew Lord had a feminine spelling? Lorde has been unfairly compared to other hipstress overnight sensations such as Lana Del Rey, Grimes, and Sky Ferreira. Ms. Del Rey can only hope to be half as talented as Lorde, while I just don’t get the Grimes comparison, and finally Ms. O’Connor is nowhere, I repeat nowhere near being in the same league as my girl Sky.

Is it just me, or is there way too many acts from New Zealand on the poster this year?