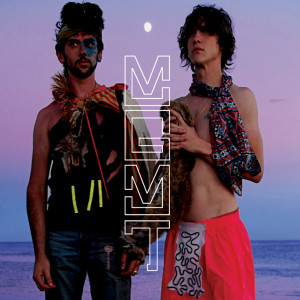 MGMT is a neo-psychedelic indie pop band that formed in Middletown, Connecticut. The duo of Benjamin Goldwassser and Andrew VanWyngarden founded the project while attending Wesleyan College in 2002, where the two were freshmen at the time.

The band started out as The Management, however their legal team didn’t do their due diligence at the time, and the name needed to be changed to MGMT in 2005. Later that year after graduation, the two cut the EP Time To Pretend and toured in support of it.

In 2007 Benjamin and Andrew began working on their full-length debut Oracular Spectacular, upon its completion it was only made available digitally in late 2007, it wasn’t until early 2008 that I was able to get my hands on the physical compact disc. The well-received album set the indie world buzzing, while simultaneously enjoying commercial success. By the time the decade came to an close the critics loved it, and the LP made appearances on many Best Albums Of The Decade lists, including mine. After the release of Oracular Spectacular, the duo recruited three other members to complete the band’s current look.

Over the course of the next few years MGMT was on top of the indie world; headlining gigs, opening for the likes of Of Montreal, MIA, Radiohead, Beck, and even Paul McCartney, in addition they performed and were “mis-staged” at every major music festival across god’s green earth.

Well, on top of the world until… they dropped their sophomore album Congratulations in 2010. The less than stellar album didn’t live up to the hype that surrounded the band since they burst onto to the hipster scene a few short years before. To top that all off, their 2013 self-titled album was released with little fanfare, and was even more of a dud, making MGMT an afterthought in the current indie music scene.

This will be MGMT’s third appearance at the Coachella Festival. In 2008 they appeared on line 7 and put on an epic performance, in spite of being “mis-staged” in a mid-afternoon set-time in the Mojave Event Center. In 2010 they jumped all the way up to line 3, and this year they occupy a very generous spot on line 3… again.

MGMT has come a long way since releasing their brilliant debut Oracular Spectacular six years ago, unfortunately for the band, it’s a long way in the wrong direction.

“Your Life Is A Lie”