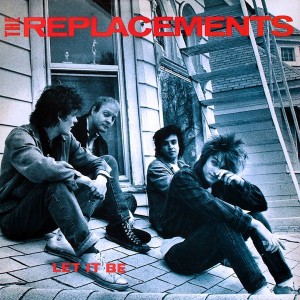 Well that was a delightful 11 weeks!

Special thanks to Present-Tense for his big-time contributions to this project. Also, a HUGE thank you to Jimi Jam and his team down in the IT department, this would not have been possible without your support. This project was surely unprecedented, not to mention an immense undertaking. I have to admit there were times I felt like pulling the plug on it, but I was way to deep into it to not see it through. Present-Tense and I finished this endeavor by writing about our #1 band on the 2014 poster. Queens Of The Stone Age for Present-Tense, and The Replacements for me. It was almost like we were playing a game or something.

Hope you enjoyed 77 Bands In 77 Days, see you in the desert.

Check out all 77 Bands here.

The Replacements are an American alternative rock band that hail from Minneapolis, Minnesota. The band formed in 1979 under the name Impediments, when frontman Paul Westerberg joined a band made up of Bob Stinson (guitar), Chris Mars (drums), and Bob’s 12 year-old brother Tommy Stinson (bass) that called themselves Dogbreath at the time The moniker Impediments was short lived, apparently they showed up wasted for their first gig in a church basement, a non-alcoholic affair for a group of recovering alcoholics. Westerberg got his start in the mid-seventies playing lead guitar in a band called Neighborhood Threat, mostly doing a bunch of Rush and Budgie covers. The day he got his hands a copy of the Sex Pistols record he said “I ain’t playing with these fuckers ever again.”

Early on The Replacements developed a loyal following playing the Minneapolis punk scene, sharing the bill with the likes of Husker Du, Blue Hippos, Rifle Sport, and Curtiss A. Their early work was a sloppy form of hardcore, that at times is completely unlistenable. They eventually caught the attention of Peter Jesperson at the indie label Twin/Tone, and cut the full-length debut Sorry Ma, Forgot To Take Out The Trash in 1981. The messy 18-track album comes in at just under 37 minutes, and includes the band’s first single “I’m In Trouble.” The trashing juvenile mini-LP The Replacements Stink followed in 1982. Neither one of these albums are a good place to start if your just discovering the band, listen to them after the fact to see how far the band has matured (or not).

What happened next was a radical shift in musical styles, leading to the band becoming one of underground music’s indie darlings, not to mention one of the most important rock bands of all-time. When Hootenanny followed in 1983, the group dropped the brash punk style and begin to incorporate hints of blues and rockabilly. The Mats, as they’re called by their hardcore fans, released the well-received album Let It Be in 1984. The album will always be found in those fun Greatest Albums Of All-Time Lists. The album includes the single “I Will Dare,” along with other notable tunes such as “Unsatisfied” and “Androgynous.” The album cover (pictured) is probably the most popular image ever shot of the band.

From the beginning, the band was known for their crazy and chaotic live shows, they would attempt to perform under the influence of drugs and alcohol, but mostly excessive amounts of alcohol. Shows were either the best or worst thing you’ve ever witnessed, or sometimes both in the same night. The band showed up for their appearance on Saturday Night Live in 1986 wasted, and ultimately became one of nine acts banned from SNL for life. Guitarist Bob Stinson would regularly perform in women’s clothes while drunk off his ass.

In 1985 The Mats released the album Tim, the LP is solid from start to finish, with every song catchy in its own way. The album features classics like “Left Of The Dial,” “Swinging Party,” “Bastards Of Young” and “Waitress In The Sky.” This was also the final album with the band’s original lineup in place. In 1986 Westerberg fired Bob Stinson over an apparent power struggle, in addition to Bob’s substance abuse problems. Ten years later Mr. Stinson was found dead of an alleged drug overdose, however family members deny drugs were involved to this day.

The band resumed as a trio, and in 1987 released the kickass album Pleased To Meet Me. The album features Big Star frontman Alex Chilton on lead guitar, and is the first time the band used horns and a saxophone in their music. The album is home to the modern rock hits “Can’t Hardly Wait,” “The Ledge,” and “Alex Chilton.” The Mats then hired Slim Dunlap to take over on lead guitar moving forward.

The Mats refused to make conventional music videos, or videos in which they appeared in. Paul’s theory was always, if you want to see what the band looks like, go see us live. This thought process hindered the band’s ultimate popularity during the days of the MTV craze. That changed with the release of the straight-forward 1989 rock album Don’t Tell A Soul. The band recorded one the catchiest pop-rock tunes of the eighties in “I’ll Be You,” and then performed in the music video. Another solid album that includes “Talent Show,” “Anywhere’s Better Than Here” and “Achin’ To Be.” I love this album!

In 1990 the band release their final album All Shook Down. Critics say that this really wasn’t a Replacement record, it was a test run for Paul Westerberg’s solo career. Drummer Chris Mars left the band shortly after its release, and was replaced by Steve Foley for the upcoming tour. The Mats played their final show on the Fourth Of July 1991 in Chicago, and disbanded in the fall.

Paul and Tommy reunited to record an EP titled Songs For Slim in 2012, its purpose was to raise money for guitarist Slim Dunlap, who had suffered a paralyzing stroke in February 2012. The two recruited Dave Minehan and Josh Freese as touring members, and played their first show in 22 years last summer in Toronto at the Riot Festival.

Tommy Stinson was recently quoted as saying:
We’re going to go out there and have fun and play our fucking show and go from there. Anything at this point could happen. As long as we’re having fun doing it, I think we fucking do it for as long as we want. That’s kind of our modus operandi right now — go out and have fun and play our songs and make people happy and have a hoot. I’m just surprised people want it so much; it’s a daunting prospect, but then again nobody’s really expecting us to be anything better or worse than we were 20 years go, so it’s not really that big of a hurdle to jump over.”

Besides the Coachella Festival, The Mats have a handful of other dates scheduled this summer. Tommy’s other band Guns n’ Roses recently replaced him temporarily with original bassist Duff McKagan for the forthcoming GNR tour.

Back in the day you needed to work hard to discover good new music, it didn’t just fall into your lap like it does today. In the mid-eighties I discovered The Replacements, The Feelies, and Pixies, all three coincidentally disbanded in 1991. All three are now back together, and two are playing this years Coachella Festival. Unbelievable! I consider The Replacements my second favorite band of all-time (R.E.M. #1). From the time I discovered The Mats in college back in 1986, I’ve turned countless people on to this legendary band. I did my part.

See you on the rail at the Outdoor Theatre on Friday at 8:45. Can’t Hardly Wait!