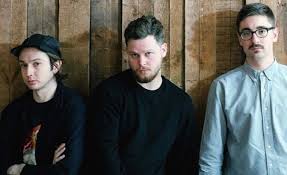 Alt-J is an English indie band that formed in Leeds in 2007.  Their unique art rock style sound could be considered a genre of its own.  The four-piece released their debut album An Awesome Wave to critical acclaim in 2012.  The album took home the prestigious British Mercury Prize as the best U.K. album of 2012.  The follow-up sophomore effort This Is All Yours is equally as good, IMO.  I had that album as my #9 Album Of 2014, the more I listen to it, the more I think #9 doesn’t do it justice.

Times I’ve seen them = I caught the last four tunes of that Coachella set and have wanted to see them again ever since.