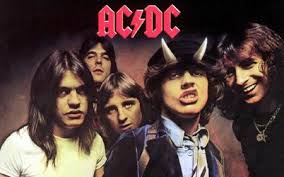 AC/DC is a Heritage hard rock band that formed in 1973 in Sydney, Australia.  The band has released fifteen studio albums over their forty-plus year career.  Their most recent album Rock Or Bust was released last November.  View their entire album discography here.

This was an impressive “get” by the festival organizers.  It ranks up there with Prince as a headliner that we may talk about forever.  The band has a lengthy back catalogue of hits that may cause Paul to pull the plug on them if they decide to play them all.

Their recent troubles have been well-documented, but it shouldn’t diminish the buzz on the field on those two headlining nights.  I can only imagine the roar of the crowd when they strike the first note of “Hells Bells.”  Can’t Wait!  BTW, I wasn’t one of those douchebags from high school that wore their t-shirt every other day.