These are the bands that I’m looking forward to checking out at the 2015 Coachella Music Festival.  In the unlikely event anyone cares, here’s the complete list.

Well that was fun! See you in the desert, or not. 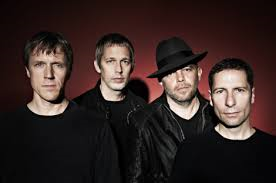 The band was scheduled to play their first reunion show at Coachella Weekend 1, however they did a warm up show by invitation only (mine must have gotten lost in the mail) last week in their hometown of Oxford, and this past Wednesday, a gig at The Roxy in Hollywood.

I’ve written ad nauseam about the band and the reunion, if you would like to know more about them, read the piece I did on RIDE prior to any discussion about a RIDE reunion.

BTW, Ride Fans got screwed.  Not so much the Gobi placement, the Gobi is a perfect setting, but the 50 freaking minutes.  After all these years, the band deserved a 70 minute time slot.  But then again, if nobody knew who The Rose Roses were, how do you expect them to have heard of RIDE?

In addition to the videos provided on the links provided, please enjoy some more shoegazing classics below: