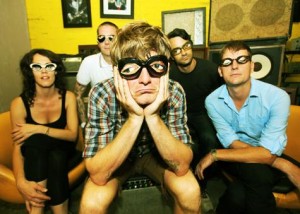 Thee Oh Sees (pictured) trade spots with Hot Chip, and take over the top honors on the College Radio Album Chart for the second time in three weeks.  Three new albums make their debut in the Top 20 including the sophomore release from the British all-girl rock band PINS.  The other two new entries are from the supergroup formed by members of Franz Ferdinand and Sparks, who simply call themselves FFS, and experimental veteran Jim O’Rourke.

I’ve been singing the praises of North London’s Wolf Alice for a few years, now you know what all the fuss was about.  The band’s full length debut is in the lead position in my CD changer.  Speaking of Franz Ferdinand, their sophomore effort You Could Have It So Much Better turns 10 years old this fall.  “Do You Want To” was probably the biggest single from their disappointing follow-up to their critically acclaimed 2004 debut. 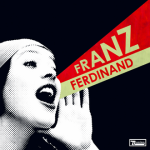