After – the 530am wake up call, countless IPA’s, the blazing hot sun, standing for 14 straight hours, very little to eat, and a potential sand storm looming, I can’t think of anything more invigorating than another two hours on my feet …

Over the years I seen my share of epic headliner sets at the Coachella Music Festival.  However, if I don’t have to make that trek over to the Main Stage late at night, I’m good.  Thankfully, this year I’ll only traipse over there once, and that’s only if I don’t have any conflicts on my loaded Friday schedule. 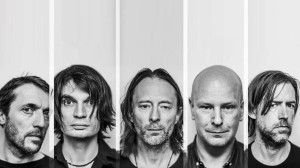 Don’t get me wrong, I’d love to catch the Radiohead show, but I’ve already seen them three times in the past, twice as a Coachella headliner.  I can only imagine all of the conflicts I’m going to have to face on Friday.

Radiohead is back for a third time, this time showcasing their latest album Moon Shaped Pool, released last summer.  You gotta give these dudes credit for remaining as relevant as they have during today’s music landscape.  The legendary alt rockers, dare I say Heritage Act, have released nine studio albums overall, all to critical acclaim.

Lookie what I found!