I must say, I’m a little disappointed with the lack of Heritage Acts at this year’s Coachella Music Festival.  Essentially, the only one there is in my #4 band, New Order.

Speaking of Heritage Acts, ICYMI, Matt Sebastian, the founder/editor of the 80′s alternative music blog Slicing Up Eyeballs, relaunched his site back on February 11, 2017.  This is great news for us old folks that grew up on 80′s alternative, college rock, and old school indie.  Over the last couple of years, I’ve missed making his site part of daily reading routine. Welcome back Slicing Up Eyeballs! 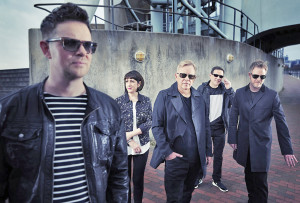 There’s not much left to say about the alternative dance band New Order.  Formed in 1980 after the tragic end to the band Joy Division, the band has kept there original lineup in place with the exception of bassist Peter Hook, who left the band back in 2007.

The synthpop veterans have released ten studio albums, their most recent, 2015′s Music Complete, was the band’s first album in over ten years and first without Mr. Hook.

The Manchester-based outfit will be making their third Coachella appearance overall.  The new-wavers last graced the Empire Polo Grounds in 2013 for that epic late night dance-fest in the Mojave Tent.  Their first appearance at the festival came back in 2005, it was ruined by high winds that wreaked havoc on the sound of their sundown set on the Main Stage.  Another late night set in the Mojave would be sweet!

What’s your favorite New Order tune? Mine’s True Faith, and the video is great as well.

I’ll close by wishing everyone a very Happy Conflict Day.

Here’s some of their newer stuff: