Do you ever feel like you’ve been kicked repeatedly in the testicles?  Well, that’s the feeling I have, as I wake up this morning only to realize yesterday evening wasn’t a bad dream.

The fine folks over at the Coachella Music Festival unveiled the stage set times for the two-weekend festival yesterday (Conflict Day), one can only hope that this was some form of fake news.

I always knew Friday was going to be messy, but who thought the whole weekend would be this messy?  The overlap of set times, the exact end/start times, and ultimately the addition of a new stage (Sonora), has completely blown up my list of must-see bands. 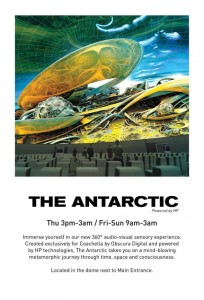 On a positive note, the lack of early afternoon start times throughout the weekend has created for more time for Craft Beer and Spicy Pie, a ride on the wheel, a more appreciation of art installations, waiting endlessly in line at the merch tent, and a trip down to The Antarctic.  What the lack of early set times doesn’t mean is more sleep, a later departure time from the motel, and certainly not a trip to Panera.

Another positive outcome to the set times being released is hopefully the Kate Bush rhetoric will come to an end.

I’m not going to let Coachella ruin my Coachella.  I’m going to watch ALL of the bands I’m going to miss on the YouTube live stream this weekend and pretend like Conflict Day never happened.

Here’s what I hope is just fake news: 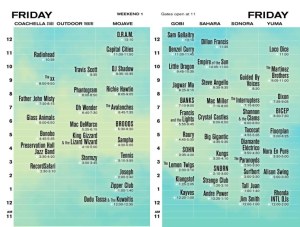 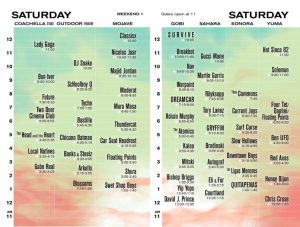 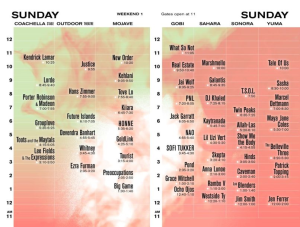