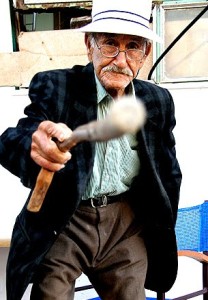 At last, DJ Deep has made his Indie 2004 Mixtape public!

The masterpiece consists of 336 tunes that take place precisely over 20 hours and 48 minutes, or the equivalent of roughly sixteen compact discs.  One would assume, there’s more vintage indie rock there than you can shake a stick at.  Most of the tunes have aged well, while others, obviously, not so much.

Once the world resumes back to the old normal, this would be a fun tape to enjoy at mass gatherings.  In the meantime, your enjoyment will need to settle for same household gatherings.

The tape includes some of the usual cast of characters such as Bloc Party, Franz, Stills, Strokes, LCD, Razorlight, Death Cab, Muse, and Pinback, as well as many more long lost gems.  You can also find representation from the recently reunited Ambulance LTD, their hugely underrated lone album is oddly titled “LP.”  DJ Deep recently received cooperation from English indie blues-rock pioneers The Zutons, they finally made available their 2004 debut “Who Killed The Zutons,” an album that’s always been nothing to sneeze at.  Also included is KASABIAN, fresh off the hamster cage and pallet fiasco.

At this time, the tape is only available for streaming on the Spotify platform, however, don’t put it past DJ Deep to do something ridiculous in the future like this.

Play it safe, keep your hands clean, cover your face, stay the hell away from other people, and most importantly, listen to indie rock.