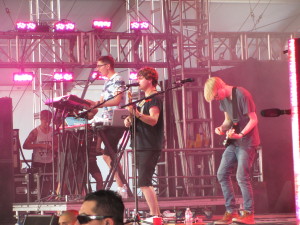 U.K. indie rockers Alt-J released an online documentary concert this past Friday night via The Warner Sound. The 54 minute concert (watch below) was filmed at Midland Theater in Kansas City, Missouri. Alt-J (stylised as ∆) recently won the prestigious 2012 Mercury Prize, awarded to the best album released in the U.K. and Ireland annually. The debut full-length An Awesome Wave has remained relevant since its release in September 2012 as the band plays sold out shows world wide.

Check out the video for “Breezeblocks”