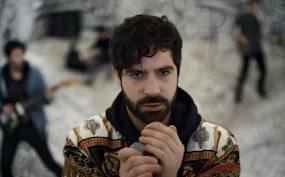 English indie rockers FOALS performed in front of a sell-out crowd at the House Of Blues in San Diego on Thursday night. The intense and powerful 13 song set confirmed the band as currently one of the best live acts in the world.

We arrived on the scene during the latter half of Drowners opening set, and the venue was already at near capacity. The all-ages show created more people down deep than I’m accustomed to at a HOB show. We began the FOALS set approximately ten rows back on stage right, however, by the time the band was into their fourth song “My Number,” the energy and bounce in the room elevated me right into
the second row without much effort. We spent the entire night in what seemed like a non-stop bounce while being packt like sardines in a crushed tin box.

The Oxford, England based band’s latest album Holy Fire had 6 songs make it into the 13 song set that included the opener “Prelude,” the pre-encore closer “Inhaler,” and the aforementioned crowd pleaser “My Number.”

The highlight of the night was during the set closer Two Steps Twice, when lead singer Yannis Philippakis disappeared and then reappeared minutes later on the balcony. The arrogant frontman proceeded to jump into the audience and then have his guitar drop into his waiting arms… Unbelievable!

As the crowd exited the venue it looked more like we all had just finished running a marathon as opposed to watching a rock concert. All that the sweat soaked gathering could discuss was the jump by Yannis, and the fact that FOALS are a great fucking band. I completely understand how huge FOALS are in Europe, but my selfishness hopes they never get any bigger than they are in the U.S. The energy level and temperature in that room Thursday night was unlike anything I’ve ever felt in a venue that size.

A quick thank you to Leann for the video, Tim-O for grabbing that setlist and photos, and congrats to Casey who procured the cherished drum stick.

On a side note, I couldn’t help but notice the jokester down front that kept flashing a sign that read “The Stone Roses Are Not Heritage”….. How Fun! 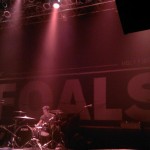 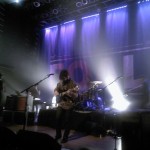 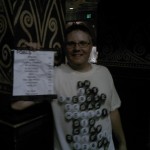 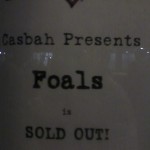 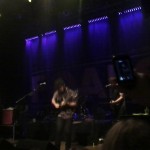 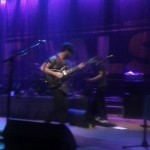 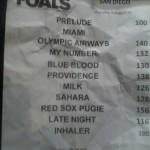