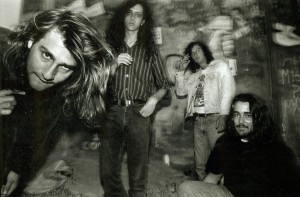 This is an updated version of the Flashback Friday I posted last August.

The Afghan Whigs are an alternative rock band that formed on Halloween night (allegedly) 1986 in The Queen City, USA. The band is comprised of Greg Dulli (vocals/guitar), Rick McCollum (lead guitar), John Curley (bass), as well as multiple drummers throughout the years, most notably Steve Earle and Michael Horrigan. Dulli, McCollum, and Earl met while attending the University of Cincinnati, at the same time Curley worked as a photographer for the Cincinnati Enquirer newspaper. The quartet would soon form the punk band Black Republicans, and then later change their name to The Afghan Whigs, a name borrowed from a Florida-based Muslim motorcycle gang.

In 1988 the Cincinnati, Ohio based project, independently recorded and released their debut album Big Top Halloween. The band developed a strong local following in the mid-west and positive word-of-mouth landed them a record deal with Sub-Pop. Soon after, the band was supporting grunge pioneers Mudhoney, and their careers were off and running. During the Sub-Pop period the band release two albums, Up In It and Congregation. The Congregation LP produced two singles that were well-received on college radio and MTV, “Turn On The Water” (my fave Whigs tune) and “Conjure Me.”

In 1993 in the band signed with Elektra, and released their critically acclaimed major label debut, Gentlemen. The album produced the modern rock hits “Debonair” and the title track “Gentlemen.” By the end of the decade Gentlemen found itself on many Best Albums Of The Nineties Lists.

Unfortunately, in 1996 the follow-up album Black Love was a commercial failure, in addition, it didn’t elevate the band any higher than its current indie status. Later in 1996 the band feuded with Elektra over what was described as neglect and dishonest business practices, and a legal dispute followed. Following their only album released with Sony in 1998, the guys disbanded in 2001, citing geographic disparity and family obligations.

In 2006 the band temporarily reunited and released two singles “I’m A Soldier” and “Magazine.” The Afghan Whigs officially reunited in December 2011 and have toured sparingly. Since reuniting many of the show have been on the festival circuit, unfortunately to this point, Coachella has not been one of them….. Until Now! 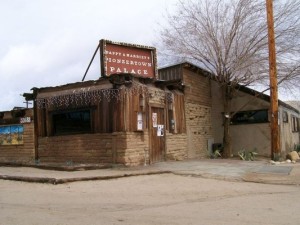 One month ago, not long after the ink began to dry on the 2014 Coachella poster; The Afghan Whigs announced that they will release the album Do To The Beast on April 15, the band’s first in sixteen years. In addition to playing the Coachella Festival, The Whigs will play a warm-up gig at the intimate Pappy and Harriet’s in Pioneertown, California on Arrival Day (Thursday April 10). The venue is located near the Joshua Tree, and not to be confused with the area in and around Big Thunder Mountain at the Disneyland Theme Park. Tickets can be purchased on The Afghan Whigs website (while supplies last), I picked up mine during the presale. Tim-O just picked up his. I Love Arrival Day!

In other Whigs news the band announced they will be pushing forward without original guitarist Rick McCollum. Mr. McCollum has decided to leave the band due to personal issues, the band wishes him well and hopes he gets his life back on track. Frontman Greg Dulli said it got to the point where “I can’t play music with him.”

This past Tuesday the band dropped the video for the track “Algiers” from the forthcoming album (watch below).

The Whigs have been mentioned by some of today’s indie rockers as influential in their musical style such as The National, The Hold Steady, The Gaslight Anthem, and Interpol.

“Turn On The Water”