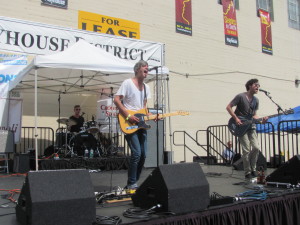 New York City indie rockers and one of this blogs faves We Are Scientists released a video for the track “Make It Easy” this week. The tune is off the bands fifth studio album TV en Francais, which was release back on March 3. Fans of WAS will really dig this tune, it’s probably one of their catchiest singles since 2008′s “After Hours.” Decide for yourself, I’ve included both below.

Check out “After Hours” here: