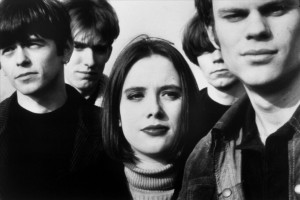 Recently reunited English shoegazing pioneers Slowdive played live for the first time in 21 years this week. The quintet played a warm up show in London prior to embarking upon a world tour that kicks off on May 29 in France. Presently, the tour consists of mostly festival dates including two stops in the States; July 20 in Chicago at the Pitchfork Festival, and the recently announced FYF Fest in Los Angeles on August 23.

Watch the video for “Catch The Breeze” here: