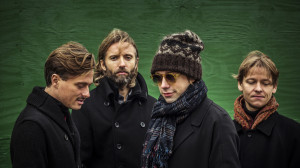 GoINDEEpMusic will be out at the North Park Theatre in San Diego, CA tonight for an evening with MEW.  The Danish indie band begins their three week North American tour tonight in sunny San Diego and concluded on October 11 in the land of the cheaters, Boston.  What’s your favorite Danish? Mine’s cheese.

The group released their sixth studio album earlier this year, around the same time long-time guitarist Bo Madsen left the band.  The latest release + - has been received with positive reviews and it also marks the return of bassist Johan Wohlert, he left the band in 2008.  + - is the the band’s first studio album since 2009′s No More Stories… 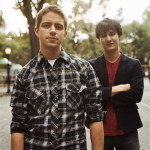 San Francisco indie rockers The Dodos are scheduled to open tonight.  The Dodos released their sixth studio album Individ back in January.  It’s rare you get two great bands on the same bill, not to mention, it’s only 18 bucks plus fees.  Tickets still remain.

Here’s some tunes and the setlist from the show: