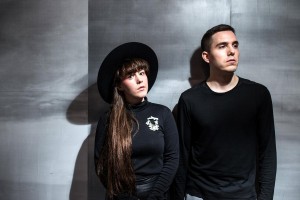 Edmonton is home for Megan James and Corin Roddick, the synthpop duo that call themselves Purity Ring.  Prior to forming Purity Ring in 2010, the two were members of the band Gobble Gobble.

So far they’ve released two studio albums, 2012 saw the arrival of the debut Shrines, and in 2015 they followed it up with Another Eternity.

My apologies if this post seems short or boring.  I’m afraid that this post and Purity Ring’s Coachella set will have a lot in common.  I have them #10 because they’re one of very few acts on the poster I haven’t seen before.  Hope they prove me wrong.

Someone At The LA Weekly Ranked Every Coachella Act
#9. FOALS