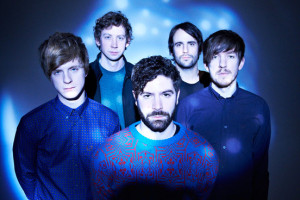 Over the last ten years, FOALS have become one of my faves.  The Oxford, England quintet keeps getting better with age.  Four albums into their career, the group has slowly taken over Europe, and has become one of the best live bands on the planet.  I’ve seen these lads three times.

For whatever reason, the band hasn’t been as well-received in the Sates as they have throughout the rest of the world.  Because of that, they’ve tried a much different approach while touring North America in support of their latest album What Went Down.  The band decided to attract a more alternative audience and is opening for Cage The Elephant and Silversun Pickups on something known as the Spring Fling AF.  Man, it would suck if you went to a FOALS show and Cage The Elephant showed up. 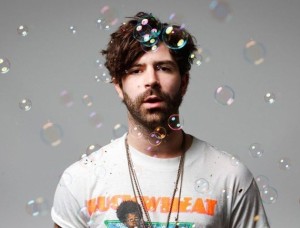 FOALS is lead by daredevil frontman Yannis Phillippakis.  Mr. Phillippakis is best known for creating worldwide headlines back in 2013 for his comments made about The Stone Roses.  Phillippakis later clarified his comments, but sometimes it’s nearly impossible to put the toothpaste back in the tube.

The band has fared very well on this blog. Besides the Heritage narrative, back in 2013 the band took home awards for Band Of The Year, #1 Track Of The Year for the song “Inhaler,” and #3 Album Of The Year for their third studio album Holy Fire.  Last year, their fourth studio album What Went Down finished at #5 on my Top Albums Of 2015 list.  The tracks “Mountain At My Gates” came in at #20, and the title track “What Went Down” landed at #5 on my Top Tracks Of 2015 (listen on Spotify).

Bottom line, I love these dudes.

Conflict-chella should rear its ugly head in the next 48 hours, or so.  I really hope there’s no conflict with FOALS.  I can’t wait to hear how the new material plays live.