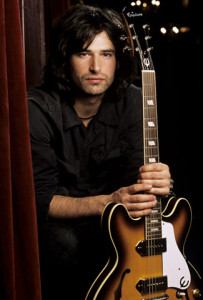 The night my eyes hit the 2016 Coachella poster for the first time, the name that came popping off the screen, even in its tiny font, was Pete Yorn.  I thought to myself, Pete Yorn, where in the hell did he come from?

Well, he came from is Montville, New Jersey.  Since the turn of the century, Mr. Yorn’s occupation has been singer-songwriter.  He’s released six studio albums, four of which, when I wasn’t paying attention.

Back in 2001, I had his debut album musicforthemormingafter in heavy rotation in my compact disc player, I had one of those fancy 6-disc changers, come to think of it, I still do.  If I ever get around to ranking my top tracks of the zero’s decade, Yorn’s “Life On A Chain” will be on that list.

If had more time, I would give you lots fun facts, everyone loves fun facts.  Like, Peter Buck of R.E.M. worked on many of Yorn’s recordings, including the single “Strange Conditions.” Here’s another, he worked with some record producer named Ken Andrews of the band Failure.  How fun!

About a month ago, he released Arranging Time, his first album in six years.  I have no idea where Pete will fall when the stages and set times are release.  I’m just hoping I’ll be Arranging Time for his Sunday performance.