Wanna know why there’s no end time for the Guided By Voices set on the recently released set times at this year’s Coachella Music Festival? It’s because GBV may never end.  Guided By Voices are scheduled to close the Sonora Tent on Friday night, a newly constructed venue on the festival grounds.  The band is notorious for playing sets that last between 50-60 tunes deep, which makes The Cure’s sets seem like child’s play. 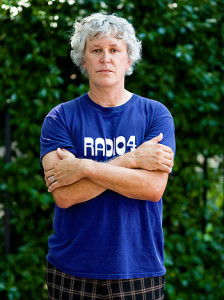 The Dayton, Ohio based band is basically the project of frontman Robert Pollard.  The band has seen many lineup changes, as wells as countless breakups.

The band has released close to a gazillion albums since Mr. Pollard put the thing together back in 1983, that should make them Heritage, right?  Their most recent effort August By Cake dropped last week.

I’ve never seen GBV, despite living outside of Dayton in the mid-nineties, around the time of the band’s heyday.  Doesn’t look like I’ll be catching them at Coachella either, that is unless, they play until Tollett flips the switch.

Not seeing GBV, makes me sad.