Guess when Phantogram is scheduled to perform?
Yep, Friday.

Not to beat a dead horse, but I can’t help but wonder how many of my Top 19 bands I won’t get to see.  Conflict Day is right around the corner. 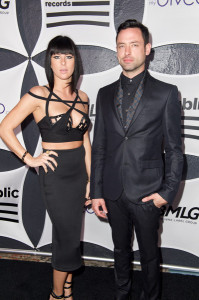 Phantogram is the Greenwich, New York-based duo consisting of Josh Carter and Sarah Barthel.  The two “friends” play an electro-rock vibe that has recently appealed to the masses.

The act has been around since 2007 and is FKA Charlie Everywhere. Fun facts are fun!

Mr. Carter and Ms. Barthel have dropped three studio albums and a handful of extended plays.  Their latest album Three came out last October.  Personally, I prefer the band’s earlier material over what surfaced last year.  Maybe hearing the new stuff live will change my mind.

My records indicate that this will be the band’s second Coachella appearance.  They last played the festival 2011, I missed them, wonder why…