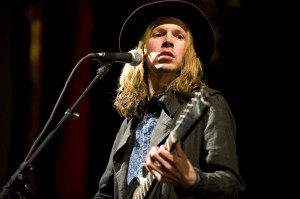 Present-Tense here giving daver a bit of a break. I’m helping to dig deep into the 2014 Coachella Music Festival lineup, featuring one band per day. The purpose of this piece is to assist in difficult decisions that inevitably you’ll need to make, as well as, serve as a fun countdown to Coachella Week. Note: All bands appear in a completely random order… Enjoy, and let the countdown continue!

Beck (aka Beck Hansen) should be pretty familiar to the people in our audience (Sean, Dave, Jim and myself). I had purchased what I thought was Beck’s first album way back in 1994 ‘Mellow Gold’. At the time, I loved the song “Loser” but felt the rest of the album sucked. Unbeknownst to me, there were two previous Beck albums – ‘One Foot in the Grave’ and ‘Stereopathic Soul Manure’.  People like me were so caught up with ‘Loser’ that we failed to give those albums a chance.  I’ve since listened to them and have a new respect for ‘One Foot in the Grave’ but can’t really get into the ‘Soul Manure’.

After ‘Mellow Gold’, Beck really took hold of me with ‘Odelay’. That’s the album with the mop jumping over the hurdle on the cover. Produced by the Dust Brothers (Paul’s Boutique) ‘Odelay’ had THE HITS “Devil’s Haircut”, “Where It’s At” and “The New Pollution”. I didn’t think Beck could top that album… and I was wrong. A few albums later he dropped ‘Sea Change’ and blew my brain through the back part of my skull.

‘Sea Change’ and its counterpart ‘Mutations’ were seen as anomalies in Beck’s catalog to some. “Where is the rap?” “ Where are the nonsensical non-sequiturs?” The people asked. Beck did not deliver (well until Guero and The Information). 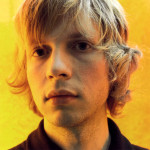 Beck continued his prolific career and ‘Sea Change’ along with ‘Mutations’ have risen to the top of the Beck discography, until he released his latest – ‘Morning Phase’ today. Holee Crap is this a great album.

Which Beck will show up at Coachella this year? 2014 Beck? Or a career spanning restrospective Beck? Regardless, the Coachella audience is in for a treat. I’m predicting a 9pm set at the Outdoor Stage. Hopefully something mindnumbinglingly awful isn’t playing at the Coachella Stage.