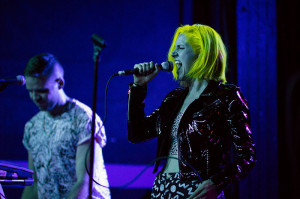 Present-Tense here giving daver a bit of a break –again. I think he’s packing his pop tarts for the Pixies show in AZ. Anyways, I’m helping him to dig deep into the 2014 Coachella Music Festival lineup, featuring one band per day.

The purpose of this piece is to assist in difficult decisions that inevitably you’ll need to make, as well as, serve as a fun countdown to Coachella Week. Note: All bands appear in a completely random order… Enjoy, and let the countdown continue!

MS MR (pronounced Miz Mister and not to be confused with the ‘Take These Broken Wings’ Mr. Mister) are an indie duo from New York that specialize in synth pop/indie rock. Their sound has been compared to Lana Del Rey and Florence and the Machine which is weird because I actually like this band. MS MR first gained notice with “Hurricane” released back in 2012. “Hurricane” was praised for its vintage sound. Whatever that means, I just think it sounds pretty cool.

MS MR’s sound has also been lumped into the sub-sub genre of DARK WAVE and I’m about to go off on a little bit of a rant here. /rant DARK WAVE? Seriously who comes up with this $hXX? I wish I had time to just sit around all day and come up with new subgenres of indie music. I blame it on Josiah at Sirius XMU. He’s always spouting off about some kind of wave or core or something-fi. Let’s come up with our new indie subgenres shall we? Foster the People – Nolongerrelevantwave / Lana Del Rey – Nepotism-Core / The Cure – Heritage-Wave. Remember when the only wave around new wave? I do, and it was glorious. /endrant 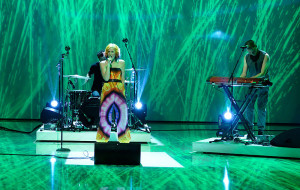 Anyways, back to MS MR. Their debut album “Secondhand Rapture” was released on May 10th 2013 and featured the singles ‘Hurricane’, ‘Fantasy’ and ‘Think of You’. I’ve compiled them below without any fancy subgenre headings for your pleasure. I’m predicting an early set time for this band in one of the tents. Possibly 2ish? Bottom line, they are better than Mr. Mister.