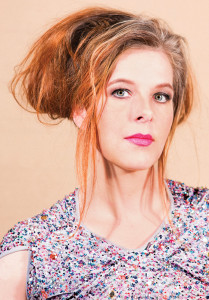 Neko Case is a singer-songwriter that’s solo work is considered within the genre alt-country slash folk-rock, furthermore, she’s a member of the indie band The New Pornographers. Case was born in Virginia, but spent the majority of her childhood in Tacoma, Washington, prior to moving to Vancouver to attend school. While in Vancouver she played in two groups, Cub and Maow, before forming her own band Neko Case & Her Boyfriends.

Prior to leaving Canada when her student visa expired, Case released her first album The Virginian in 1997, along with providing vocals on a couple of tunes that eventually made it on Mass Romantic, the 2000 full-length debut by The New Pornographers.

Her solo career has included six studio albums, an extended play, and a live album. Her work with The New Pornographers includes five studio albums, however nothing since the 2010 release Together. The hard working Case has also collaborated with the Toronto based alt-country outfit The Sadies.

Anyone down with alt-country?

“People Got A Lotta Nerve”